Dawn Burton
15:02 05 Apr 22
I’ve recently changed to this dentist and I can’t praise them enough. From the receptionists to the Hygienist and dentist they are all so friendly and genuine, I would highly recommend this dental practice.

Ella Pearce23
13:10 09 Jan 22
I recently finished my Invisalign journey with Nick. I am over the moon with my results, they are just how I wanted them. Nick has been amazing and patient the whole time and wouldn’t recommend anyone else!

Muhammed Ali
21:31 30 Nov 21
I am so glad that I went to visit Maria the hygienist, she is an absolute credit to this practice! My gums would often bleed but after visiting Maria a few times my mouth feels so much healthier. She recommended having the air flow polish done and it made my teeth look so much better. What a great experience thank you so much Maria for putting a smile back on my face. Looking forward to visit this practice again, the receptionists are also very welcoming. Highly recommend this practice and Maria the hygienist.

Emily rowe
16:44 11 Nov 21
I've just had lip filler done at this practice by Maria and she did an amazing job! She made me feel at ease from the start due to her experience and I also felt she took the time to understand what I wanted- I love them! Thank you Maria :)

Lauren Horne
11:44 18 Sep 21
Decided to get Invisalign after hating my teeth for years and years and never smiling without covering my mouth or in photos. The best thing I have ever done I got them just before Christmas and they are now all done and perfectly straight. Nick was amazing every step of the way and I am amazed at the change in such a sort space of time! If you are thinking about getting them done I would definitely recommend you do so!

Christopher Scotland
10:59 18 Sep 21
If you are someone who is scared of the dentist, then this is the place for you!After years of being uneasy with dentists and not going for this reason. I was told by others that this is the best dentist to go to, as they make you feel at ease and comfortable without judgement.This is by far the best dentist I’ve gone to and the treatment is unbeatable. Very professional, high quality treatment and service. They went far beyond the call of duty to bring my mind at ease when receiving treatment.Couldn’t recommend anyone else! The team are all amazing and very helpful. After 16ish hour of treatment I can finally feel happy and comfortable going in for checkups, cleaning and treatments without having to worry!Definitely worth all 5 stars given :)

jack pilip
19:23 08 Sep 21
This practice is great !!!.Staff are very friendly, proffesional and helpful.I went there with a big toothache ,Dr Nick did a great job. I would highly recommend this practice .

Julie Rowlands
18:38 25 May 21
I have been using this practice for years. I used to be a nervous patient, but not any more. Gentle, considerate and friendly dental specialists. Have been receiving gum treatment and attend regular hygienist visits as well. I'm retiring to Wales and will really miss them. Strongly recommend.

Max Yu
01:56 09 Apr 21
Very friendly receptionist, nurses and dentists. Was extremely worried about wisdom tooth extraction and the dentist could notice that and refer me to other dental place with IV sedation even though they could've gone ahead and do the extraction without any sedated methods. Strongly recommend this place!!

Réka Szőts
20:45 01 Feb 21
Super grateful that I got taken on as an ongoing Invisalign patient after my previous provider (Finest Dental) went into liquidation. Very professional and efficient dental practice, with very knowledgable dentists and great customer service/reception team. I had my new set of aligners ordered very quickly after the scans were taken. Thank you!

paolo cicero
13:32 09 Jan 21
Excellent experience thus far with Dr Nic. Honest and transparent throughout. Friendly and professional atmosphere. Normally one to avoid the dentist but any concern I had was soon alleviated after my initial consultation. At the start of my treatment at the moment but looking forward to seeing the end results. Would recommend Dr Nic and everyone associated with the practice without hesitation. Genuinely lovely group of people and above all, patient well-being and care is of the upmost importance 🦷⭐️

jamil ahmed
08:30 27 Nov 20
Would recommend anybody who is thinking of getting Invisalign to come here. The service was brilliant especially during both lockdowns and I couldn’t ask for much more with my end results!

Amina Khan
19:44 24 Nov 20
I came here for a front tooth that had darkened considerably. I was really reassured by the assessment and my dentist's thorough investigation into possible causes to determine the best possible treatment. After having bad experiences with other dentists, being treated by a dentist who puts you at ease is paramount, and I've found that here. My tooth looks great now and I'm glad to have finally found an excellent dental practice.

A S
21:13 24 Sep 20
If there is any one person who fears going to the dentist, it's me. Finding a dentist, who you can trust, and is attentive, empathetic to your anxieties about teeth is very difficult these days.Fortunately for me, Dr. Shabs is all of the above, he listens and puts my mind at ease for every problem I have had with my teeth. His professionalism and knowledge is to be commended.

Sue T
12:20 01 May 20
The service provided during this period of "lock down" has been exemplary. I called with a dental problem yesterday afternoon and within an hour had received a telephone consultation, agreed a way forward, collected a prescription from the surgery and had my medication dispensed. Awesome. The team couldn't have been more caring and professional which was so reassuring at this difficult time. They are always excellent in normal circumstances, but are really going the extra mile for us patients at the moment. Appreciated. Sue

Kristie Killick
12:44 14 Apr 20
I feel so appreciative of this surgery. Despite the current circumstances, I've found them to be very helpful. All the staff are incredibly courteous, informative and patient and the practise is always impeccably clean. Thank you to the wonderful staff!
See All Reviews Write a review 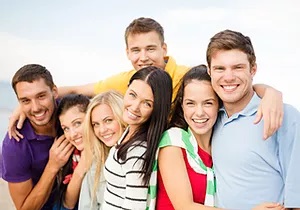 How are white fillings placed?

As with every filling treatment, your dentist will drill the dental cavity to create a hole for the filling substance. This process takes longer than it would take for a metal filling, because white fillings are placed one layer at a time, using a special light to harden the filling between each layer. After the affected area is completely filled, the dentist will shape the final layer to fit perfectly with the surface of the tooth.

Unlike metal fillings, white fillings stick to teeth so they can be used to repair front teeth which have been chipped, broken or decayed. Sometimes, they can also be used to strengthen back teeth if there is not too much decay or damage.

The main advantage of white fillings is improved aesthetics. They can be customised in order to blend with the colour of your natural teeth, making them virtually invisible. Unlike metal fillings, which simply fill in space, white composite fillings surround the tooth and protect the remaining structure from all types of forces. Moreover, white fillings allow for smaller fillings, protecting the integrity and the structure of the tooth better. White fillings are less sensitive to heat and cold and can be easily repaired when they break. With metal fillings, the whole thing would have to be removed and replaced.

If you would like to learn more about white fillings and how they can help, you can contact our dental team.

"This is a very very good dentist both myself and my son who is special needs are extremely nervous about going to the dentist. A friendly reassuring manner really put us both at ease. It…

"Scared stiff of dentists! 65 years old and hadn't been for 15 years! Very few teeth left and those are precious! If I had known these people existed and were so close to me, I…

"I was really pleased with the treatment I have received at the surgery. After finding out I needed more work and further treatment than I initially anticipated I felt extremely nervous but the staff were…

"Receptionists are always very welcoming and helpful. My dentist is very professional and makes me feel at ease. I would recommend the surgery to anyone looking for a dentist."

"Everyone working here is very friendly and helpful both in person and on the telephone."

"We have been coming to the surgery for many years. We have found the staff to be very friendly and helpful. I would recommend them to anyone. Our son runs to see the dentist."

"I have been coming to this surgery for many years now and have never had a bad experience. The staff have always been very friendly and reassuring. I have seen many different dentists that have…

"As a new patient, I felt relaxed and had a gentle, good examination. The atmosphere was welcoming and friendly."

"I have been attending the surgery for over 40 years and the staff are friendly and there is a nice waiting room. Mr Takhar is an excellent dentist, he explains everything, never rushes you. He…

"I have been attending this dental surgery for the last year and I have never felt more welcome and at ease with excellent service and care. My dentist Raj is one of the most skilled…

"I have been a patient for over 20 years I feel very relaxed and good when I come into the dental surgery. The staff are very helpful and make you feel relaxed before you go…

"I have been attending dental surgery for over 50 years, having been born in the village. Dr Lenko was my dentist until his retirement and has been preceded by Gurpreet who is excellent! Gurpreet is…

"I have been attending the surgery for 30 years the atmosphere in the surgery is good, it is bright, cheerful and relaxing in reception. The staff are very nice and the dentist is very caring…

"On entering the surgery I feel welcomed, I have been attending the surgery for more years than I care to remember the staff are polite, friendly, caring and genuine." 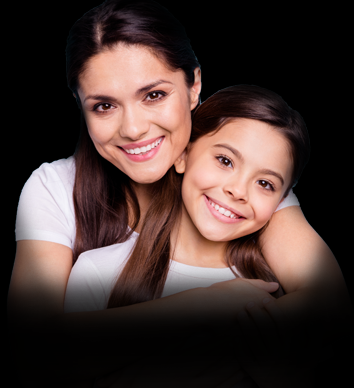 We put your dental health at the heart of our care. 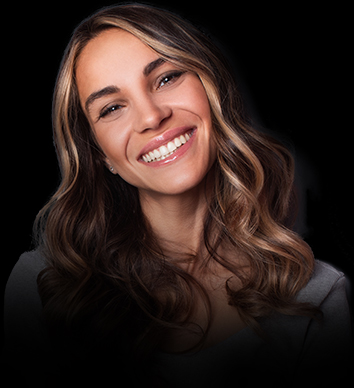 Brighten up your smile

Enjoy the advances of modern cosmetic dentistry with us. 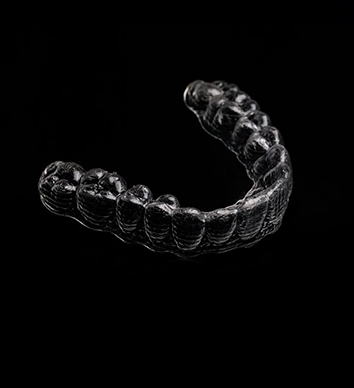 A perfect fit every time!

Transform a smile with Invisalign®. 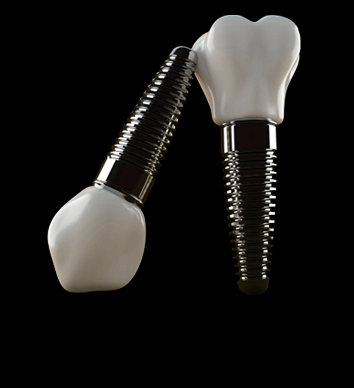 And get back your bite with dental implants.